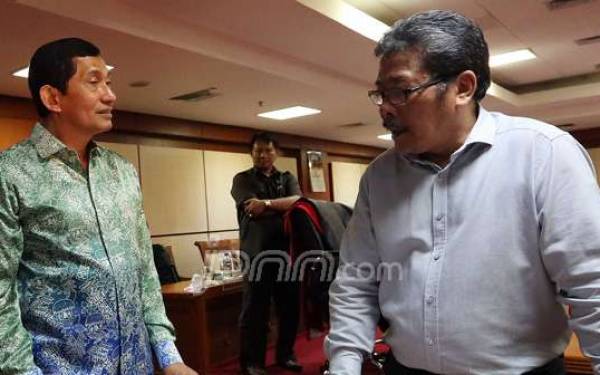 JAKARTA – President Director of PT Freeport Indonesia (PTFI) Maroef Sjamsoedin, has been interrogated by House of Representatives ethics council (MKD) related to the House speaker scandal for requesting the company’s shares. One of the topic was the possibility of an extortion by the House speaker Setya Novanto and an oil businessman M. Riza Chalid.

This matter was questioned by the House ethics councilman Akbar Faisal, “Did you feel you were being extorted or forced?” Akbar asked in the tribunal on Thursday, December 3 in Jakarta.

In response to the question, Maroef could not say whether he was being extorted or not but the former deputy of Indonesian Intelligence Agency confirmed that there was a mean for shares request.

“I feel that I am not the authority to say that I was being extorted. But there was an effort for requesting shares, 11 and 9 percents, and then there’s the power plant project. It was a mean to achieve a business deal,” Maroef answered.

In the tape of the meeting between Novanto, Riza and Maroef, it was known publicly there was a discussion on shares allotment. It was spoken by Riza who at that time was present as requested by Novanto.

“Pak, if it were me, I would speak to Pak Luhut and asked for not taking 20%, but divide it into 11% and 9% for Pak JK. It should be fair, if not, there’ll be chaos,” Riza said as quoted from the conversation transcript.

At that moment, Novanto seconded that idea. “Yes. So from the talk between Pak Luhut in San Diego, with Jim Bob, four years ago, from the 30 percents, he got it here for 10%. Ten percent was paid in a form of dividend. So it was borrowed but paid in cash with dividend. That’s the way, and it disrupted the constellation. Heard that the palace interfered, as the president didn’t like it, Pak Luhut was played. That’s what happened. Now we know the key. That’s the key, right..(laughing). We would like him to succeed. You liked it that way, right. That’s the strategy..(laughing),” Novanto replied while laughing. (fat/apa/jpnn)